Since my last post was so popular, here are a couple replacement WP’s that I made myself from schematics for a classic Heathkit HW101 transceiver.

First of all, the entire wallpaper is here:

On the right-hand side, there are these cool line-art cad drawing with Geeko in the middle. The problem is that these aren’t just just random lines nor are they circuits boards or anything like that. These are architectural blueprints. There are 5 full bathroom and a small piece of a 6th. There’s also a couple of conference rooms. 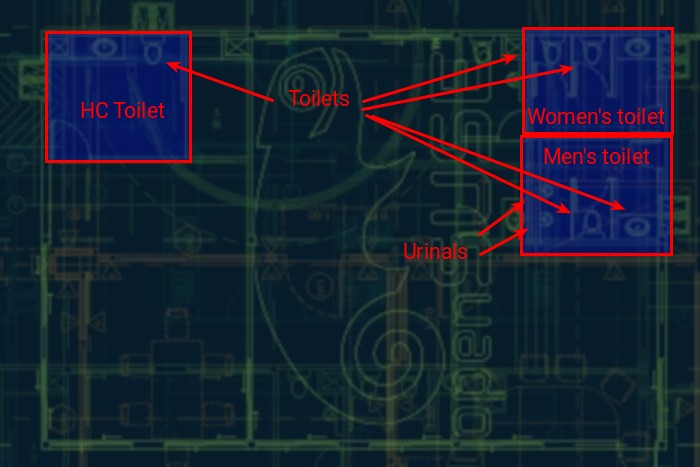 Why do I care?

I think it’s hilarious. It’s a strange decision for a wallpaper and I bizarre easter egg to find.

Recently I imported posts from my old Ham Radio/Tech blog: ki4gmx.wordpress.com. They are ancient, but they are important to me to keep. I am slowly going through some of the posts and updating links. If you see two links in a row with one of them , the that one is the old link. The new one, which probably points to the original on archive.org, is next to it.

Let’s start with some price comparisons.

* Not including s/h
** based on %50 of cover price which seems to be common for used bookstores.

I’m a big fan of ebooks.  I have been ever since I first found Project Gutenberg about a decade ago.  I quickly fell in love with Google Books when they started providing scanned copies of out of copyright books a few years ago.  I’ve owned a couple of ereaders.  I currently have a Nook and an no-name lcd Android tablet with all of the latest Nook, Kindle, etc apps on it.  My problem is that I want to buy more ebooks but they are cost prohibitive.

The above table gives a comparison of costs as of today on a book that was written over 20 years ago.  If you buy the ebook from Amazon or B&N, it’ll cost you the same as buying it in a retail store even though it contains no physical resources and doesn’t require any printing.  Furthermore, if you want to change devices, then you had better get an Android device or an iPad with the associated app because your books are not interchangeable the Kindle or the Nook.  If you are strictly limited on how you use a book that you buy, even an ebook, do you truly own it?  That’s a good debate in itself.

I’ve bought one ebook so far from Google Books new shop.  It’s one that I couldn’t find anywhere else, the price was great compared to the paper version, and it isn’t DRM’ed.  Basically that means that I can read it on Google’s book app and I can put it into my Nook.  I can even download a PDF copy of it that is readable on a Kindle without conversion.  That’s nice.  It’s also very rare.  Google’s bookstore is generally higher than they other two major ebook sellers and their selection is lacking to say the least.  However I think that they openness in the file format is the way to go.

If I go to a used bookstore and buy a book for $4.50, after I’m done I can turn it in for a small store credit which will also bring down the total cost of ownership for that book.  It’s my opinion that ebooks should be able to compete with the costs of going to a used bookstore.  Competition is good for everybody.  Used bookstore will also be an awesome place to browse and buy.  There is an experience factor to thumbing through books on a rainy Saturday afternoon that shopping online for ebooks can’t compete with.  There’s also the fact that authors don’t see one red cent of revenue when books are sold in them also.  Authors should want their older catalog of books sold at used bookstore prices because at least then they will see a little more revenue coming in.

Lastly, there is one company that I think is doing things right and that’s Baen book.  Baen is mostly known for pulp scifi and fantasy titles.  They are also one of the few really competitive publishers that are doing things right.  Many of their new ebooks are in the $15 range which I’m okay with because it’s new and in higher demand.  However, most of their older catalog is less than $6.00.  They also have a huge selection of older free ebooks so you can get a taste of what an other has to offer.  Their books also come multi-format and without restriction.  Use them on the device that you have.

First the Cylons had it, now this blog has it too.

On October 17th, I was laid off from what was supposed to be a long term contract at IBM after having previously laid off at another job at a certain ailing mortgage company.  Job hunting as been really tough and the only thing that has looked really good so far is sales job at Tiger Direct.

What’s holding me back, besides the terrible economy, is the fact that I may have 8 years of experience working at a help desk, but I don’t have a single technical certification to “prove” what I know.  Sadly, too many hiring decisions are made by folks who can’t tell a cd-rom drive from a cup holder, and technical certifications are the only things they have to tell them if you know what you’re talking about.  Personally, I find the dependence on technical certifications to be silly at best, but those are the rules that we have to live by.

For those of you who are also jobless and looking to improve your resume, here are some links with important information for those who are also looking to get their technical certs.  This post is by no means complete or exhaustive.  I’ll past more on the certifications page as I have time.

END_OF_DOCUMENT_TOKEN_TO_BE_REPLACED

I was watching Sanctuary on the Scifi Channel and noticed that in one room were a couple of older model Yaesu rigs, some kind of SWR meter that I couldn’t identify, and a green cube Heathkit SWR meter.

Portableapps.com is an exciting website for geeks on the go.  Some of the best open source apps for Windows have been shrunkand encapsulated to work on your portable flash drive.  Everything from The Gimp to VLC (with DVD and DIVX codecs) are available for free.  If you’re like me, your workplace doesn’t like people installing outside software on company machines, but with the software from Portable Apps, you can install the software on a thumb drive, and your settings will save to a file on the thumb drive, not to the Windows registry.

Mark Gregson over at  Linux.com has a great article on how to write reviews for Linux distribution.  I know I’ve cut corners when trying to review distros in the past, and I hope to take him up on his tips in the future.

Patrick White from the Globe and Mail has an interesting article on a section of the hacker community that even I wasn’t aware of.  Amatuer lockpicking, a sort of offline cousin to computer hacking, is gaining interest in the hacker community and is even showcased at the annual Defcon conference.  See the entire article  here.  HT to lewrockwell.com